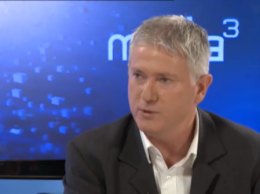 Selwyn has a background as an investigative political journalist with over 25 years media experience.

He now provides analysis, assessment, and evaluation of the political environment specific to New Zealand, Australia, the economies and island states of the Asia-Pacific region with a specialisation in the analysis of geopolitics, cyber-security, and, intelligence issues.

Selwyn is the author of the book: I Almost Forgot About The Moon – the disinformation campaign against Ahmed Zaoui, and director of the documentaries Morality Of Argument – sustaining a state of being nuclear free, and, Behind The Shroud – juxtapositioning the frailties of intelligence and trade craft. He is also the author of a chapter on new media political power in the peer reviewed book: Scooped – The Politics and Power of Journalism in Aotearoa New Zealand, and has written two peer reviewed scholarly articles. He has extensive experience as a commentator providing live political analysis to a wide range of television and radio organizations broadcasting in New Zealand, Australia and globally including the BBC (Five Live, London), BBC (World Service), and Australia’s FiveAA from 2007-2017. His work has caused ministerial inquiry, legislative and regulatory change, and has been the foundation of Parliamentary debate.

Selwyn was editor, director, and former chair of the board of directors of Scoop Media Ltd (www.scoop.co.nz [until 2011]) and led assignments offshore in the Pacific Region, Australia, South East Asia, Africa, Europe, the United States, and at the United Nations.

He was also a New Zealand Government Ministerial appointee  (2001 to 2004) to Alfriston College’s establishment Board Of Trustees (chair of the board, 2003-2004), governing the employment of the principal and senior staff, and the construction and opening of the first state funded secondary school to be built within the Greater Auckland region in 25 years.